We had a record breaking weekend as far as sailing goes with light and variable winds but very sailable if slightly challenging at times. Four races were sailed on Saturday and for the first time in a long time we sailed on Sunday and got another two races in! Six boats were on the water on Saturday – Sarel and Francois on their Mosquitos going solo, Grant on his 505 also solo, John on the Laser and the Sonnets were Mel with his daughter Kirstie as crew (does she even count as weight?) while Bev sailed with Greg. Some funny moments were recorded by the Bridge and Rescue – during one start sequence nobody started even although apparently all hooters had hooted and all flags had been up then down in time, the whole fleet stayed patrolling the line until somebody said “I think we should go” so we did. My moment of glory being first to the weather mark was short lived after having a truly blonde moment and flashbacks to sailing during the dark ages I rounded the mark the wrong way – kindhearted fellow competitors alerted me and I went around again to Port but lost my advantage. The first race was light and variable, it gradually picked up although still gusty and switching with some really good moments of speed sailing in the puffs.

After the four races it was time to enjoy the evening at the clubhouse decorated for the masqued ball and I had the help of Andries Schmidt in setting the table, helping to shred chicken and any other task. I hear he also made a great flag raiser at the Bridge. Supper was served and a few interesting masques were sported although not for long as it was too hot! After Dinner it seemed we had a “Maagies vol oogies toe” problem and everybody skipped out on the dancing part and went straight to bed with just a few sitting outside to enjoy the rest of a beautiful evening.

Sunday arrived and the wind was perfect so we decided to get the sailing going, although we had no Bridge it worked perfectly with Kevin running the Bridge, rescue and mark laying as well as taking photos – serious multitasking! I enjoyed the water bridge situation and the two races ran back to back smoothly with a shortened course for the cats. Once again though the wind began switching and playing up but we thoroughly enjoyed our time out there.

Thanks to everyone who showed up to sail and dressed up for dinner, also to all the willing helpers – Bridge: Bert, Rose, Helen and Andries, Rescue: Kevin and Anker, Galley: Helen, Hilary and Andries helped me tremendously in getting a mammoth task completed so that I could sail too! Nico, Sarel and Kevin also sorted out a pump issue in the morning – thanks guys.

See you ALL at Club Champs. 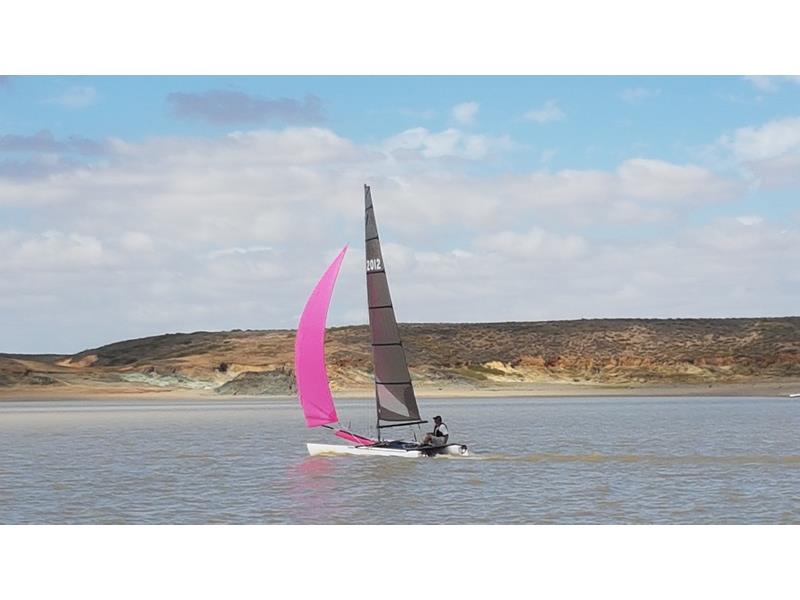 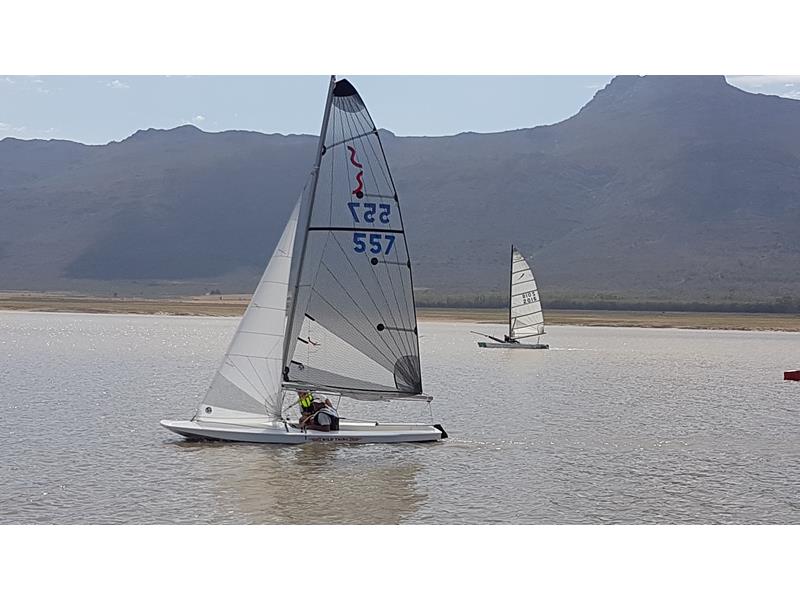 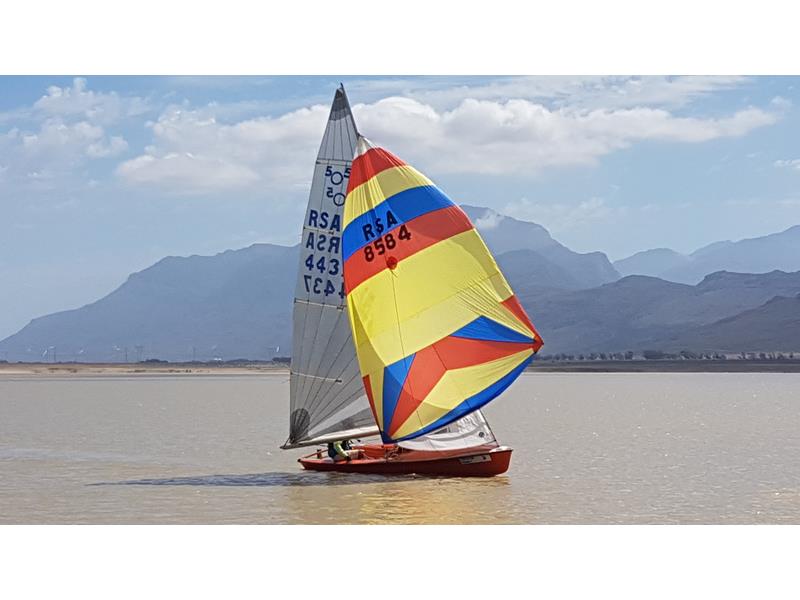 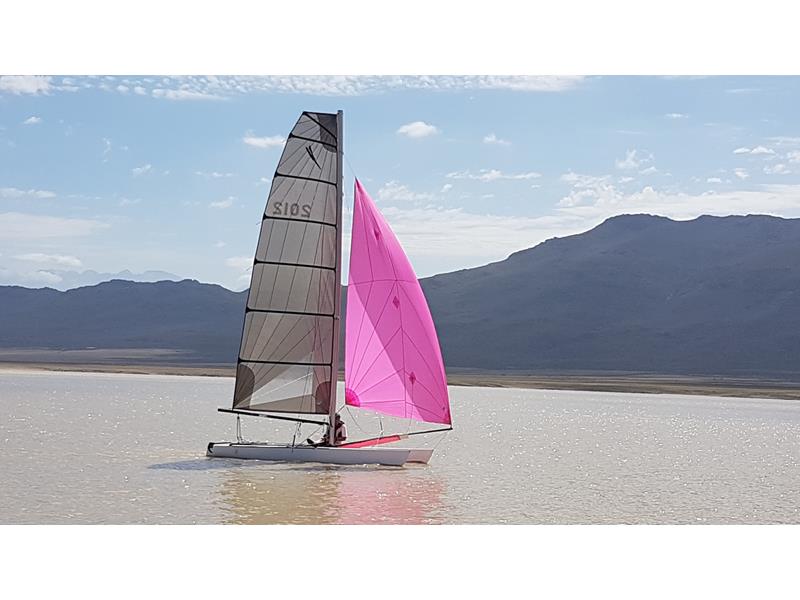 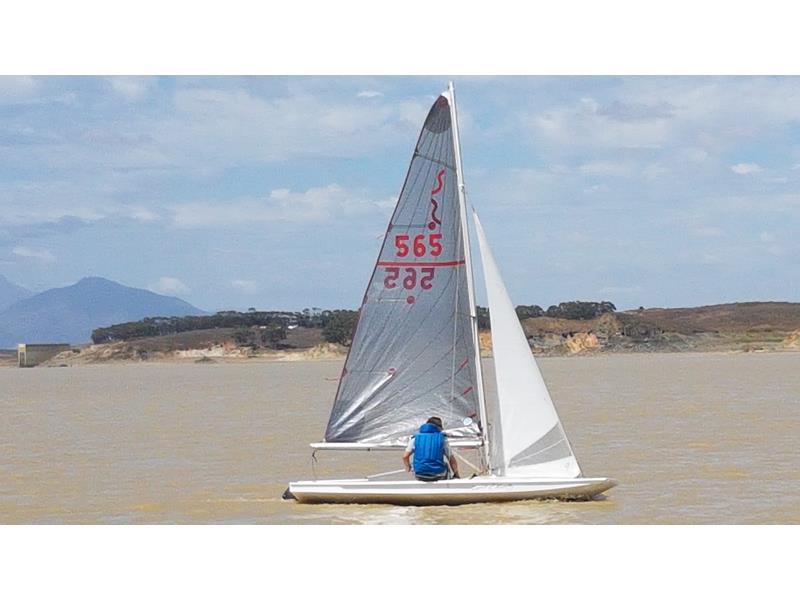 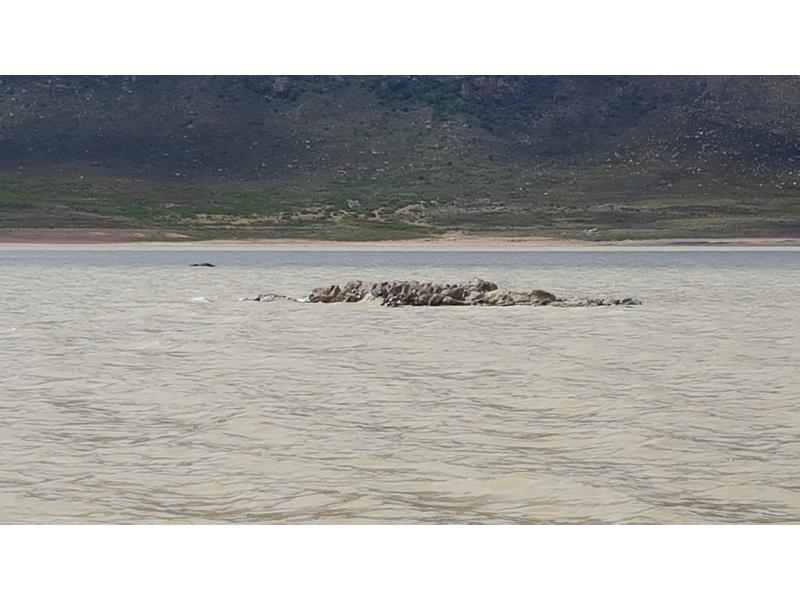 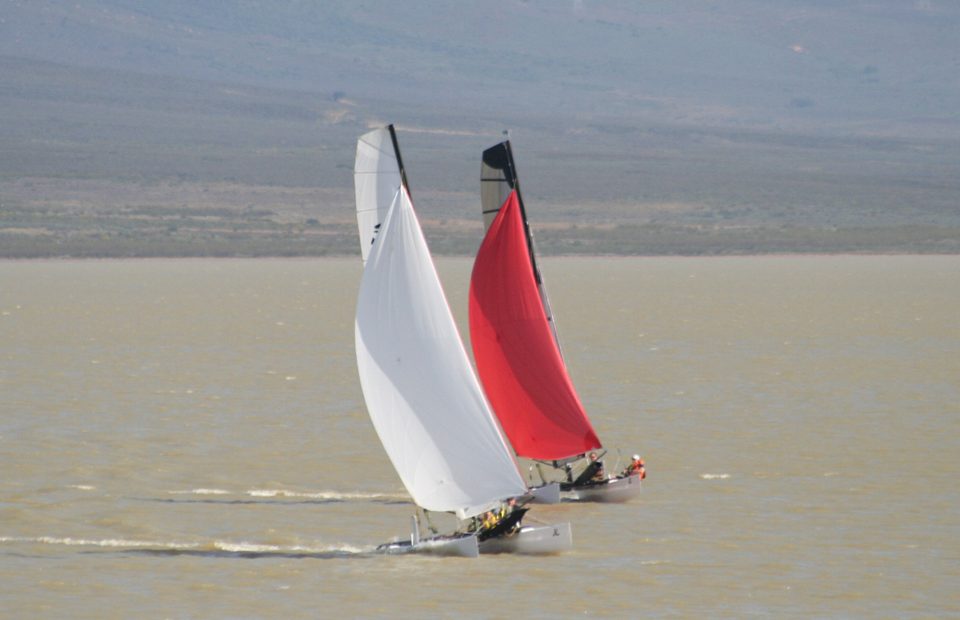 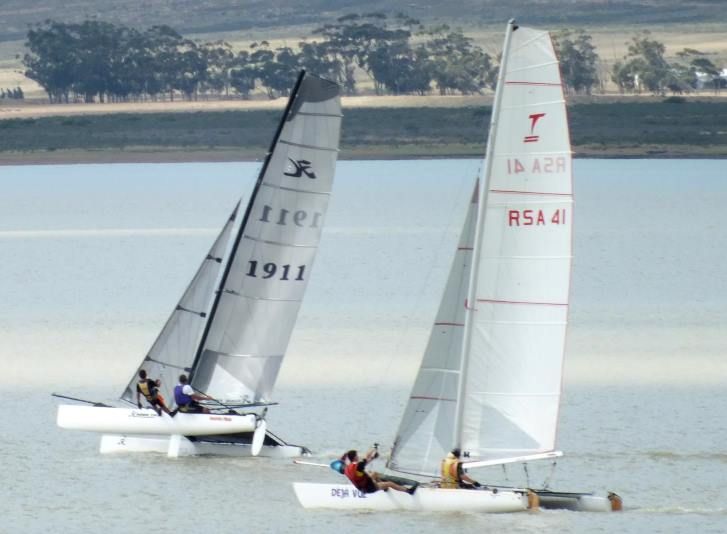 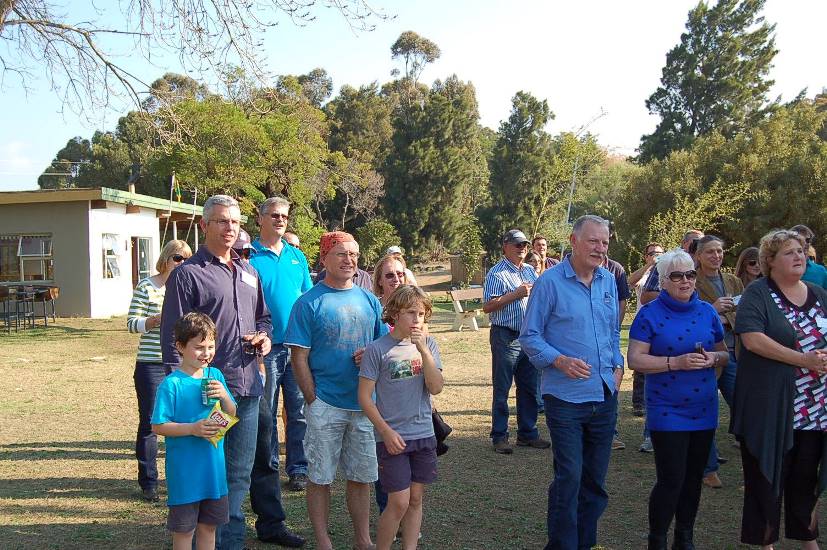